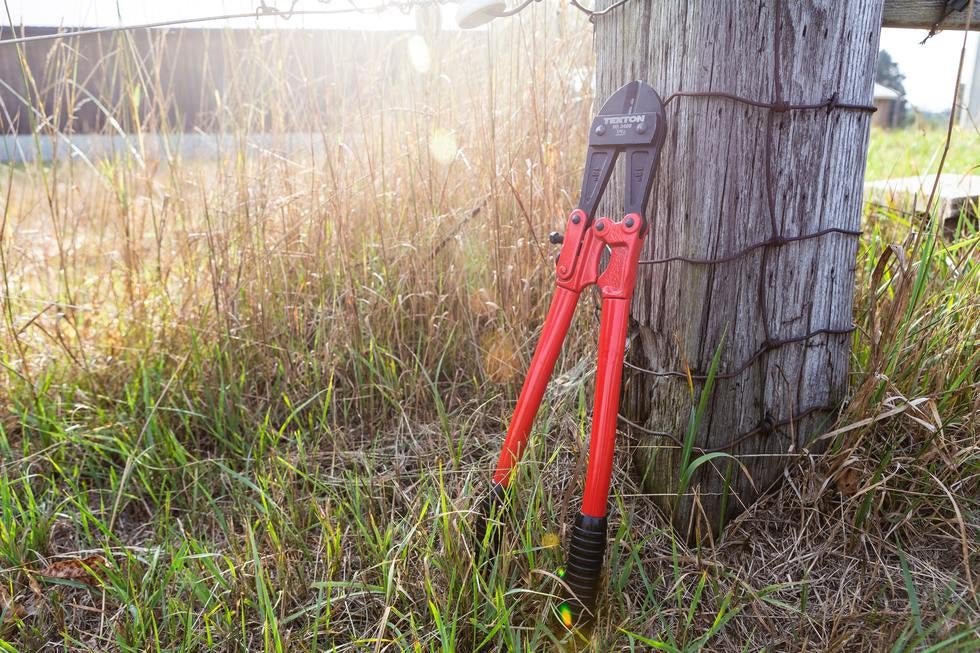 Photo by Tekton on Unsplash

When someone takes or refuses to return personal property, they could be prosecuted for criminal theft. But is there anything the victim can do in civil court?

Yes, the victim may have “conversion” or “civil theft” claims to bring in a civil lawsuit, which could result in a money judgment against the defendant. These claims routinely proceed in civil court without any criminal prosecution. However, the civil claims can proceed even if there is a criminal prosecution.

This article looks at conversion and civil theft claims, and how these claims are impacted by a criminal prosecution.

What is “Conversion” and “Civil Theft”?

Conversion and civil theft are legal claims that can be brought in a civil lawsuit. These claims are generally brought against a person that takes or refuses to return personal property.

These claims frequently come up in the absence of a contract. If the disputed property relates to a contract, then a breach-of-contract claim would be the proper legal theory. Conversion and civil theft generally arise where there is no legal relationship between the parties. We see these claims in business disputes, lending disputes, and probate or trust disputes.

Conversion is a tort that occurs when a person “willfully interferes with the personal property of another without lawful justification, depriving the lawful possessor of use and possession.” Williamson v. Prasciunas, 661 N.W.2d 645, 649 (Minn. Ct. App. 2003).

The elements of common law conversion are: “(1) plaintiff holds a property interest; and (2) defendant deprives plaintiff of that interest.” Id.

The defendant must exercise a certain level of control over the item(s). Minnesota courts have said:

To constitute conversion, one must exercise dominion over property that is inconsistent with the owner's right to the property, or some act must be done that destroys or changes the character of the property or deprives the owner of possession permanently or for an indefinite length of time.

For instance, “[w]rongfully refusing to deliver property on demand by the owner constitutes conversion.” Id.

Conversion requires that the defendant have intent to commit an act that results in dispossession of the property, and that “his act be one which he knows to be destructive of any outstanding possessory right, if such there be.” Christensen v. Milbank Ins. Co., 658 N.W.2d 580, 586 (Minn. 2003) (quoting Restatement (Second) of Torts § 222 cmt. c (1965)).

Conversion cases depend a lot on the factual situation.

The clearest situations are where the plaintiff is the clear owner of the property and the defendant refuses to give it back. The plaintiff must simply have an ownership right that is superior to the defendant. A creditor with a senior lien in property over another creditor could have a conversion claim, among other claims.

While conversion could also include intangible assets (i.e., intellectual property), courts have generally limited the claim to personal property. For intangible property, there may be other claims and remedies available to the plaintiff (i.e., infringement of patents, trademarks, or trade secrets).

When another person takes trees or timber from property, there is a special rule that makes it a “trespass” rather than a conversion. Minn. Stat. § 548.05 states:

Whoever shall carry away, use or destroy any wood, timber, lumber, hay, grass, or other personal property of another person, without lawful authority, shall be liable to the owner thereof for treble the amount of damages assessed therefor in an action to recover such damages. If upon trial, the defendant proves having probable cause to believe that such property was the defendant's own, or was owned by the person for whom the defendant acted, judgment shall be given for the actual damages only, and for costs.

The bottom line is that when someone takes or keeps your stuff, you might be able to get a money judgment against that person through a conversion claim. 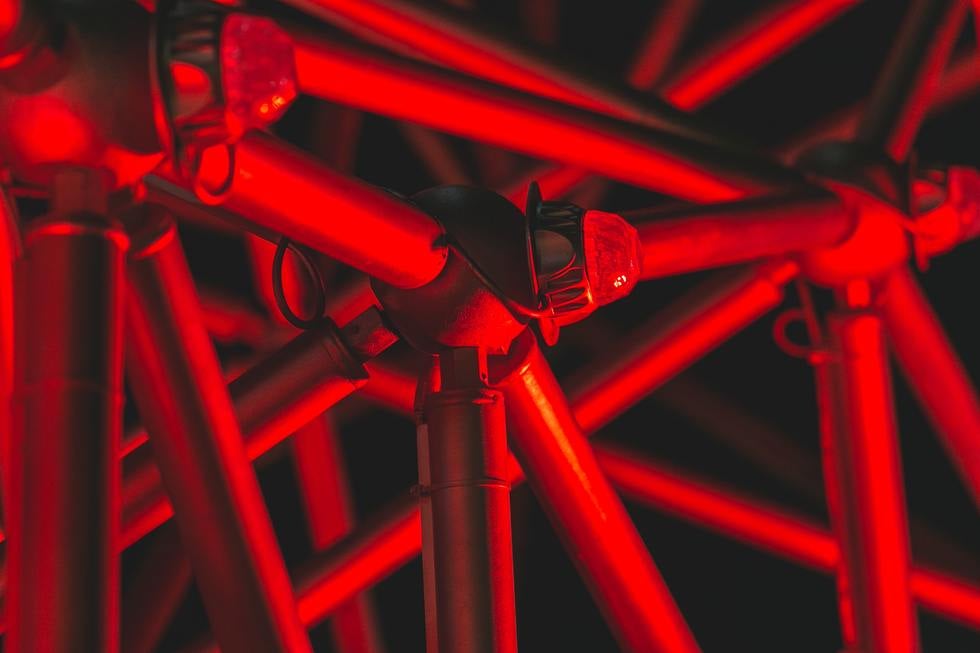 Photo by Arjay Bernardo on Unsplash

Subdivision 1. LIABILITY FOR THEFT OF PROPERTY.
A person who steals personal property from another is civilly liable to the owner of the property for its value when stolen plus punitive damages of either $50 or up to 100 percent of its value when stolen, whichever is greater. If the property is merchandise stolen from a retail store, its value is the retail price of the merchandise in the store when the theft occurred.

As you can see, the civil theft statute has its own “punitive damages” that can double a claim. This is a risk to any defendant who refuses to return the property, and it gives leverage to the plaintiff.

A civil theft claim is distinct from any criminal prosecution. Subdivision 4 states that “the filing of a criminal complaint, conviction, or guilty plea is not a prerequisite to liability under this section.” This means that the plaintiff can bring a successful claim, even if the defendant was never prosecuted or found guilty.

If the plaintiff somehow recovers the personal property, the plaintiff can still have a claim. The damages would have to be reduced to account for the property being returned.

The statute indicates that the plaintiff “may” make a written demand to the defendant before starting a civil lawsuit. While it may not be required, it could be useful for a plaintiff because it could be further evidence of the defendant's refusal to return the property.

Connection to the Criminal Theft Statute

The civil theft statute uses the term “steals” without defining it. Courts have generally looked back to the criminal theft statute (Minn. Stat. § 609.52) for a proper definition.

There are many definitions of “theft” in the criminal statute. A common definition of theft is when a person:

intentionally and without claim of right takes, uses, transfers, conceals or retains possession of movable property of another without the other's consent and with intent to deprive the owner permanently of possession of the property.

Another definition is when a person commits theft by exercising temporary control of property in a manner that “manifests an indifference to the rights of the owner or the restoration of the property to the owner,” or if he “intends to restore the property only on condition that the owner pay a reward or buy back or make other compensation.” Id., subd. 2(5)(i), (iii).

Impact of a Criminal Theft Prosecution

One strategy is to move forward as quickly as possible while the witnesses are “fresh” and there is maximum pressure on the defendant. It also might be necessary if there is a statute of limitations or other deadline requiring prompt action. Also, the sooner you commence a lawsuit, the sooner you can get a collectible judgment.

Another strategy is to wait out the criminal case. The prosecutors may develop evidence that you can use in your civil case (which saves you money). Also, a criminal conviction may help you prove your civil case, and a restitution order may reduce the need for a civil case altogether. These issues are discussed below.

As mentioned above, the civil theft claim can proceed with or without a criminal prosecution.

There is another potential advantage of holding off on a civil claim until the criminal case is done. If the defendant is found guilty, that conviction can likely be used in the civil case. If so, it can be much easier for the plaintiff to prove a civil claim.

Under the doctrine of “collateral estoppel”, the defendant in a civil case probably cannot challenge the validity of the conviction (if the plaintiff uses it to prove his or her claim). “Collateral estoppel precludes the relitigation of issues which are both identical to those issues already litigated by the parties in a prior action and necessary and essential to the resulting judgment.” Ellis v. Minneapolis Comm'n on Civil Rights, 319 N.W.2d 702, 704 (Minn. 1982). “A criminal conviction can be used in a subsequent civil action to preclude argument by the convicted party on issues conclusively proved in the criminal trial.” Fain v. Anderson, 816 N.W.2d 696, 701 (Minn. Ct. App. 2012).

For collateral estoppel to allow a plaintiff to use the conviction in a civil case, the plaintiff must show:

In other words, if the defendant had the ability to defend himself in the criminal case and lost, courts should not waste time re-hashing the same issues. As long as the issues in the civil and criminal cases are the same, the plaintiff should be able to use the conviction to prove the civil claim.

Therefore, this can be a good reason for a civil plaintiff to wait until a conviction is entered in the criminal case. Of course, if there is doubt about whether the defendant will be convicted, then the plaintiff could proceed with the civil case while the criminal case is pending.

“[R]estitution is intended to compensate crime victims for their losses.” State v. Rey, 905 N.W.2d 490, 496 (Minn. 2018). In determining whether to order restitution, the district court considers “the amount of economic loss sustained by the victim as a result of the offense” and the “income, resources, and obligations of the defendant.” Minn. Stat. § 611A.045, subd. 1(a). A restitution hearing is held in the criminal case when the defendant challenges the prosecutor's request. If so, the victim might have to provide documents and even testify at a hearing.

On the other hand, the criminal judge cannot deny restitution on grounds that the victim might bring a civil lawsuit. See Minn. Stat. § 611A.04, subd. 1 (“An actual or prospective civil action involving the alleged crime shall not be used by the court as a basis to deny a victim's right to obtain court-ordered restitution under this section.”). Even if the judge denies restitution, it does not prevent the victim from bringing a civil case. Minn. Stat. § 611A.04, subd. 3.

Restitution “may be enforced by any person named in the order to receive the restitution, or by the Crime Victims Reparations Board in the same manner as a judgment in a civil action.” Id. The victim can docket the restitution order without cost and then try to collect on it. Restitution cannot be discharged in bankruptcy. Any restitution paid by the defendant will be offset on damages in the civil case.

The bottom line is that if the defendant stole property from you, the criminal judge could order the defendant to pay you restitution. If the defendant pays it, you may not need a civil case. But it at least gives you options, including the option to seek “double damages” under the civil theft statute. 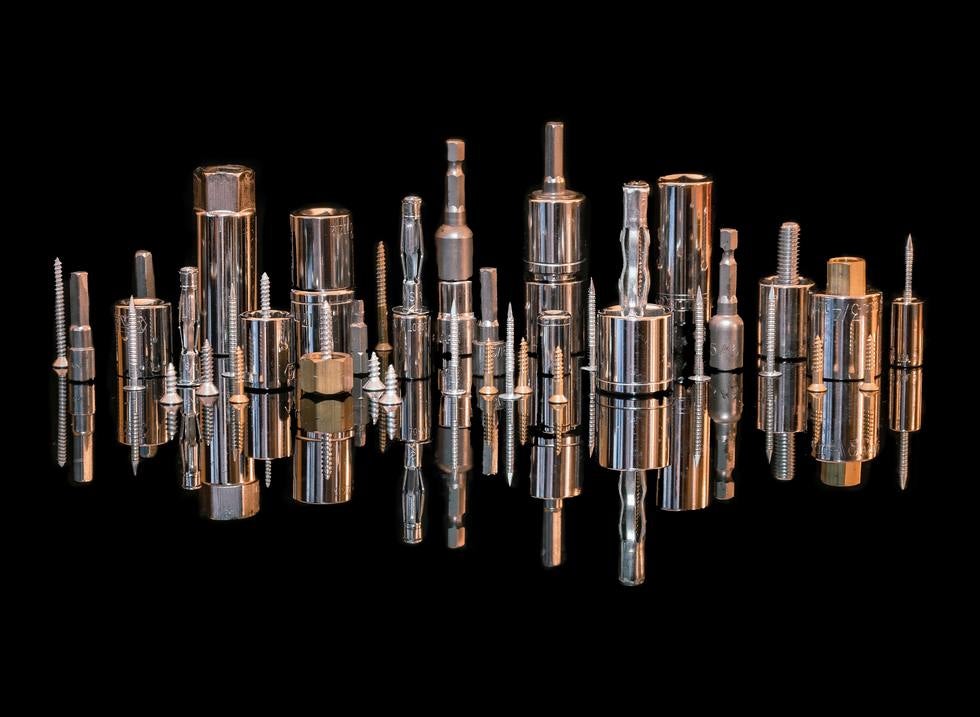 Photo by Robert Zunikoff on Unsplash

It is important to understand how conversion and civil theft claims fit into the lawyer's “toolbox.”

Here are some alternatives or other options that a person might consider before starting a conversion or civil theft lawsuit:

Remember that a criminal restitution order can become a judgment for the victim without the need for a separate civil claim. However, a plaintiff in a civil claim can proceed independent of the criminal case.

The bottom line is that the victim has options in civil court to be compensated for the loss, regardless of whether there is a successful criminal prosecution.

If you need legal advice or representation on a conversion or civil theft issue, Contact Us for a free consultation. With offices in Shakopee (Scott County) and Litchfield (Meeker County), we serve clients throughout the Twin Cities and Greater Minnesota.